A woman of extraordinary talent, Kathie’s quiet beauty, professional dignity and vivaciousness for life earned her an impressive career in films and television in the 1960’s.  We think Kathie would like it said, however, that her greatest achievements and certainly her most profound happiness came as Mrs. Darren McGavin.  After marrying Darren in 1969,

Kathie slowly abandoned her own career, devoting her time to promoting Darren’s.

She was responsible for a great deal of behind-the-scenes work on KOLCHAK, THE NIGHT STALKER, and produced “Zero to Sixty,” a film written by and starring Darren McGavin.

In later years, in company with their cat Peaches (who adopted the McGavin’s while they were on location in Georgia, where Darren was filming a Disney movie), they traveled extensively, spending many happy months at a time on their riverboat in France.

Kathie’s last filmed appearance was as a guest, speaking about her experiences on the STAR TREK episode, “Wink of an Eye,” for the upcoming release of “Deep Space 9” on DVD.

As you read this, please join us for a moment of silence to Kathie’s memory.  She was a brave, loving woman who shall be greatly missed.
S. L. Kotar     J. E. Gessler 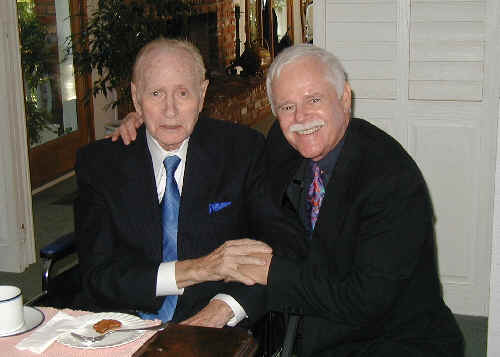 Darren with Jack Grinnage, his and Kathie’s very dear friend.  This photograph was taken at Kathie’s memorial service, April 19, 2003

The following is from the program for the memorial service: 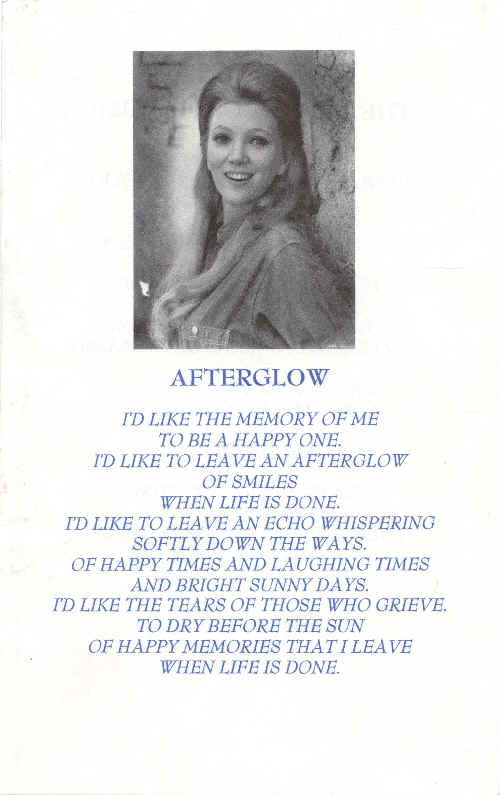 Kathie Browne McGavin, an actress for two decades who appeared in television series from “Gunsmoke” and “Perry Mason” to “Star Trek” and “The Love Boat” has died.  She was 63.

Browne McGavin, a breast cancer survivor, died April 8 in Beverly Hills of natural causes, according to a news release from the family.

Born in San Luis Obispo, she began acting at age 6 in a school play and, after  moving to Hollywood in her teens, studied at Los Angeles City College and acted in small theatres.

Seen in a a production of “Cat on a Hot Tin Roof,” in the 1950’s, she was soon put before television cameras for such prime-time western series as “Gunsmoke” and “Bonanza.”

Browne McGavin flirted with a long-running series, being considered for Pernell Roberts’ bride on “Bonanza” until he decided to leave the show, and later for Richard Crenna’s wife in his show “Slattery’s People.”

She was cast in a permanent role as a widowed mother in the 1967 series “Hondo,” which like the 1953 movie starring John Wayne, was based on a Louis L’Amour story.

Browne McGavin, who portrayed Angie Dow, described the series for The Times as “a relaxing thing; the heroes all live, and it always turns out well in the end.”

Complaining of “having always been stuck with ingenue or little ol’ southern gals with long hair roles,” she said she was delighted to have the part of a more mature widow with a 9-year-old son.  Her character was the love interest of Ralph Taeger’s Hondo Lane.

But the series lasted less than four months.

Among the actress’ other credits were the motion pictures “The Brass Bottle” starring Tony Randall and Burl Ives as the genie who serves him in 1964, and “Brainstorm” with Jeffrey Hunter, Anne Francis and Dana Andrews in 1965.

Browne McGavin appeared in episodes of such other television series as “77 Sunset Strip,” “My Favorite Martian,” “The Alfred Hitchcock Hour,” “Get Smart,” “Mannix,” “Police Story,” “Banacek” and “The Rockford Files.”

She married actor Darren McGavin in 1969 and, with him in 1972, co-founded their production company: Taurean Films.

She is survived by her husband, who asked that any memorial donations be made to the American Cancer Society.

A memorial service is scheduled for 12:30PM Saturday at the Old North Church at Forest Lawn Hollywood Hills. 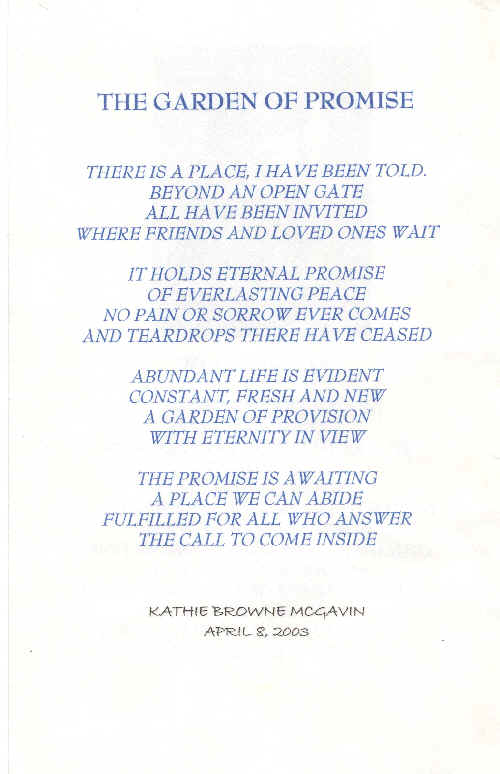